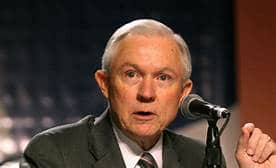 In recent years, more and more states have legalized marijuana. A majority of U.S. states now legalize the drug in some form. The move toward legalization has hit an obstacle in the form of U.S. Attorney General Jeff Sessions who changed the passive approach of the federal government to marijuana last week.

Sessions announced he is rescinding the Cole memo, which reflected the Department of Justice’s policy under the Obama administration since August 2013 relating to the enforcement of federal cannabis laws.

The Cole memo was drawn up after voters in Washington State and Colorado backed the legalization of marijuana in 2012.

The document was drafted by James M. Cole, a former US Attorney General. Cole issued a memorandum to all US attorneys on August 29, 2013. It stated prosecutors and police should focus only on the following priorities linked to state-legal cannabis operations:

On Jan 4, Sessions announced he was rescinding the Cole memo.

Legal experts point out the same disparity between state and federal law that was present before the Cole memo was rescinded still exists. The federal authorities have the same legal authority to crack down on cannabis as previously. All the Cole memo did was to provide guidance on ways to avoid that crackdown.

Sessions’ move may backfire in Congress, reported CNN. The channel noted the landscape related to marijuana has changed dramatically in recent years. Some of the strongest critics of Sessions are senators and representatives from his own party.

The article speculated Sessions’ announcement may lack teeth. He stopped short of announcing a crackdown on the cannabis businesses. Instead, he left it to the discretion of the local US attorneys to decide how and when to enforce the federal law.

In Texas, drugs charges can carry a severe sanction, even for possession of marijuana. When drug charges are brought at a federal level, the accused faces a potentially long period of incarceration.