Bill Taking Aim at Cyberbullying in Texas Passes the Senate 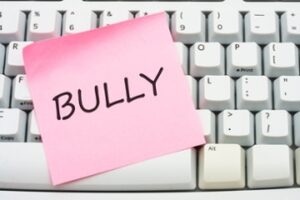 Cyberbullying has made headlines across the United States as hurtful texts and messages on social media resulted in a spate of teen suicides.

Although charges have been brought over online intimidation in the past, cyberbullying is not directly addressed in Texas statutes.  However, that may be about to change after a cyberbullying law by Sen. Jose Menendez, a Democrat from San Antonio, was backed by the Texas Senate.

The bill was amended by Republicans in the Senate who expressed concerns that the legislation went too far in imposing new rules on school districts and levying penalties, the Houston Chronicle reported.  The measure headed to the House, where strong support for passage is expected. A separate but similar bill has already been backed by a House committee.

Menendez said cyberbullying has become “an epidemic.”  He spoke of one case in which a teen with leukemia was taunted.  The bully offered advice about how the teen should kill himself.  The senator said:

“In an era when bullies are on our children’s phones, they’re on our computers . . . I believe we have a responsibility to act before we have any more of our children take their lives.  We’re specifically targeting the most heinous cases.”

Under the bill, bullying, harassment and cyberbullying of a public school student or minor and injury to, or death of a minor, would become a misdemeanor offense.

The cyberbullying law would complement other legislation.  It’s currently an offense in the Lone Star State to use the name or identity of somebody else online without their permission or to intimidate or threaten.  The communication can be in the form of a text message, an instant message, an email, or another any other form of communication containing details such as a name, a domain address, a phone number, or other identifying information.  The offense is charged as a Class A misdemeanor.  It can become a third degree felony when a perpetrator commits an offense to solicit a response by emergency personnel.

Menendez’s bill specifically targets cyberbullying.  It requires school districts to include cyberbullying in their district policies on bullying for the first time and to notify parents if their child was the victim of bullying or is the alleged bully.  The bill allows the courts to issue subpoenas to find the identities of people who anonymously harass minors online.  It also gives schools the ability to investigate cyberbullying committed off campus, and to collaborate with police to tackle online bullying.

The bill reflects a national upsurge in teen deaths from cyberbullying and helps Texas police with the rapid growth of online communications. However, it may raise some tricky legal questions about what constitutes cyberbullying as opposed to free speech. If you have been charged with a crime of this nature, you should contact an experienced Dallas criminal defense lawyer as soon as possible.