The firm of Broden & Mickelsen specializes in criminal appeals in federal court. The map below represents the various federal courts of appeals where Broden & Mickelsen have defended clients and often won. There are twelve United States Courts of Appeals. These courts decide cases from the various federal district appeal courts. The partners at our firm have represented clients in six of the twelve United States Courts of Appeals and have also taken several cases to the Supreme Court.

The United States Court of Appeals for the Fifth Circuit is located in New Orleans and hears cases from all districts of Texas, Mississippi and Louisiana.

The attorneys at the firm have handled almost 200 federal criminal appeals. Clint Broden and Mick Mickelsen are also one of the few certified criminal appeal attorneys regulated by the Texas State Board.

All the lawyers in the firm have argued before the Fifth Circuit Court of Appeals numerous times. Our firm’s attorneys have had numerous success in court and will match records for winning appeals in federal court against any firm.

The firm has also represented numerous individuals who received reduced sentences following a successful appeal on issues related to the application of the United States Sentencing Guidelines.

When hiring a criminal appeals lawyer, always make sure that the attorney devotes a significant amount of time to representing people on criminal appeal. Since 2010, there has been a board certification in criminal appellate law in Texas, which is far different from civil appeals. In addition to being certified, it is in your best interest to retain an attorney with experience in Federal courts. The federal appeals system has higher stakes then in state courts and is a niche area of law many criminal appeals attorneys do not practice. View our results and cases in Federal Appellate Courts.

In need of a federal criminal appeal attorney? Contact Broden & Mickelsen for a free consultation.
Schedule a Consultation 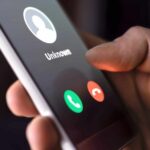 Can Making a Prank Call Get Me Arrested? 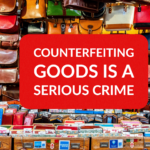