When Can You File a Criminal Appeal?

Being convicted of a crime is a serious and even scary thing. One your case is over and the judge has handed down a sentence, this doesn’t necessarily mean you have lost your chance to change the outcome of your case. You may still be able to file a criminal appeal, which could result in your conviction being overturned.

However, it’s important to note that it is much easier to defend your case at trial rather than waiting until the appeal stage. This is why it’s important for individuals accused of crimes to contact an experienced criminal defense lawyer as soon as possible.

If you have already been convicted, you should speak to a knowledgeable Texas criminal appeals lawyer. Appellate cases are much different than trial cases, and it takes a lawyer with appeals experience to properly represent you and your rights in court. Usually, in order to pursue an appeal, the defendant must file a “notice of appeal” within a few weeks after sentencing. The exact time period varies by jurisdiction.

To learn about our Federal Criminal Appeals

Grounds for an Appeal

Contrary to popular belief, individuals, don’t always have an automatic right to a criminal appeal. When a person pleads guilty at the trial level, they must typically receive permission from the appellate court to proceed with an appeal. In cases in which the person did not plead guilty, however, there is an absolute right to file a criminal appeal. Additionally, in states with the death penalty, defendants have an automatic right to appeal their conviction.

Just because you file an appeal, however, doesn’t mean the appeals court has to hear the case. Defendants must satisfy a threshold to get their case before the appeals court. This threshold is referred to as the “grounds for appeal.”  The most common ground for is that the lower court abused its discretion when ruling on a contested issue.

In criminal appeals, plain error is distinguishable from harmless error. A harmless error is some kind of mistake or irregularity that doesn’t affect the defendant’s rights or the outcome of the case.

By contrast, a plain error is an error so severe that it undermines confidence in the criminal justice system and may be raised even when the defendant’s lawyer failed to raise the issue at the trial court level.

Jury misconduct can also be sufficient grounds for an appeal. There are many different types of juror misconduct that can give rise to an appeal. For example, a juror who lies during voir dire — the process by which a jury is selected and seated in a trial — could unfairly prejudice the defendant’s case. Another type of juror misconduct occurs when a juror considers evidence that he or she was asked to disregard. Jurors are also required to follow the court’s rules, such as staying away from an accident scene or refraining from discussing the case with a friend or spouse.

In appeals cases in which the defendant argues that the lower court abused its discretion, the appellate court looks at whether the trial court “failed to exercise sound, reasonable, and legal decision-making skills.”

To raise ineffective assistance of counsel as grounds for an appeal, you must show some kind of proof that your lawyer’s mistakes or incompetence influenced the outcome of your case. In other words, it’s not enough to simply dislike your lawyer. You must be able to show that your lawyer acted unprofessionally, made mistakes that prejudiced your case, or failed to respond to you or make regular contact with you during your trial. You can also try to show ineffective assistance of counsel by offering evidence that your lawyer misinterpreted the law or some aspect of your defense. In some cases, court transcripts show evidence of this, such as when an opposing counsel or the judge points out the lawyer’s mistake or confusion. However, usually ineffective of assistance of counsel claims must be brought in a petition for a writ of habeas corpus, which is proceeding, although often confused with an appeal by non-lawyers, is, in fact, a distinct legal proceeding from an appeal. It usually best to consider filing a petition of writ of habeas corpus after the appellate proceeding is complete.

Many criminal appeal lawyers in Texas, do not have an active appellate practice. Even fewer are certified by the Texas Board of Legal Specialization in both criminal law and appeals. On the other hand, appeals are a significant portion of the practice at Broden & Mickelsen. You can read about our published appellate cases here criminal appeal cases.

If you or someone you know has been wrongfully convicted, contact Broden & Mickelsen to discuss your case.
Schedule a Consultation

The firm of Broden & Mickelsen specializes in criminal appeals in federal court. The map below represents the various federal courts of appeals where Broden & Mickelsen have defended clients and often won. There are twelve United States Courts of Appeals. These courts decide cases from the various federal district appeal courts. The partners at our firm have represented clients in six of the twelve United States Courts of Appeals and have also taken several cases to the Supreme Court.

The United States Court of Appeals for the Fifth Circuit is located in New Orleans and hears cases from all districts of Texas, Mississippi and Louisiana.

The attorneys at the firm have handled almost 200 federal criminal appeals. Clint Broden and Mick Mickelsen are also one of the few certified criminal appeal attorneys regulated by the Texas State Board.

All the lawyers in the firm have argued before the Fifth Circuit Court of Appeals numerous times. Our firm’s attorneys have had numerous successes in court and will match records for winning appeals in federal court against any firm.

The firm has also represented numerous individuals who received reduced sentences following a successful appeal on issues related to the application of the United States Sentencing Guidelines.

When hiring a criminal appeals lawyer, always make sure that the attorney devotes a significant amount of time to representing people on criminal appeal. Since 2010, there has been a board certification in criminal appellate law in Texas, which is far different from civil appeals. In addition to being certified, it is in your best interest to retain an attorney with experience in Federal courts. The federal appeals system has higher stakes then in state courts and is a niche area of law many criminal appeals attorneys do not practice. View our results and cases in Federal Appellate Courts.

In need of a federal criminal appeal attorney? Contact Broden & Mickelsen for a free consultation.
Schedule a Consultation

Both Clint Broden and Mick Mickelsen have extensive experience representing individuals on appeal. In 2011, the Texas Board Legal Specialization allowed for attorneys to become certified in criminal appeals. Not only were Clint Broden and Mick Mickelsen in that first group to be certified, the firm has decades of experience representing clients on appeal in federal and Texas courts around the country. Learn more about being board certified in criminal appellate law.

As of November 2014, there were only four other law firms in Dallas certified in criminal appellate law
– Texas Board of Legal Specialization

A History of Criminal Appeal Cases

Appeals courts sometimes publish their opinions. The following cases are published cases, available in all law libraries, in which either one of our attorneys was the attorney of record. There are also numerous cases in which Broden & Mickelsen represented an individual on appeal where the opinions were not published. 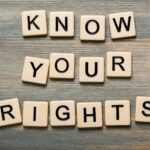 Can a Juror Error Become Grounds for Filing an Appeal?

Can I Get Out of Prison While My Appeal Is Pending?

What Do I Need to Know About Filing a Criminal Appeal?