Attorney General Extends the Use of Civil Asset Forfeiture 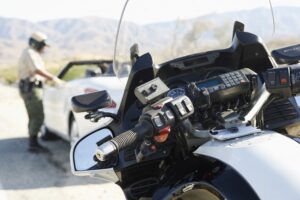 Civil asset forfeiture is a controversial tool that was restricted under the Obama administration. It allows police to seize property from defendants before they have been convicted.

Under the Trump administration it’s coming back with a vengeance. On July 17, Attorney General Jeff Sessions announced a new directive on civil asset forfeiture.

The directive means police officers will now have more incentive to take goods like cars, furniture or electronics if they believe any of it was bought with illegally-earned money. They can also seize cash.

Sessions said in a speech in Minnesota:

“With care and professionalism, we plan to develop policies to increase forfeitures. No criminal should be allowed to keep the proceeds of their crime. Adoptive forfeitures are appropriate as is sharing with our partners.”

Civil asset forfeiture is extremely controversial. Not only can property be taken prior to a conviction but it can be seized without criminal charges even being filed.

If the authorities seize property that is not linked to a crime, the property owner is forced to go through a long and costly administrative process to get it back. Many property owners just give up and allow law enforcement to keep their goods.

Recently, the Texas Observer noted the lack of rights Texas citizens have in relation to civil asset forfeiture.

The report revealed how some Texas police forces use civil asset forfeiture as a means of balancing their books.

The report listed what it described as “sophisticated shakedown operations.” Police have been seizing automobiles, money, jewelry and other property from citizens who were never convicted or even charged of a crime in some cases.

It said some police departments and law enforcement agencies derive almost 40 percent of their total revenue from civil asset forfeiture. There are virtually no checks or oversight, the report stated.

The report noted a major operation in the East Texas town of Tenaha. Cops here were accused of stopping out-of-town drivers on the most dubious of contexts to search for items of value like cell phones, DVD players and cash.

The District Attorney in Tenaha was accused of threatening these hapless drivers with criminal charges. The Observer reported he even threatened to get state authorities to remove kids from their parents unless they waived rights to the property.

How Can You Avoid Civil Asset Forfeiture?

Given the wide nature of the statutes that allow police officers to seize your property, it can be difficult to avoid this measure.

You can take some steps like avoiding driving around with large sums of cash which are often associated with drug activity and can be easily seized without an arrest.

A police officer has a wide latitude in establishing probable cause to seize your property. If this happens, carefully document the reasons given and all the circumstances which should help you in a later recovery action.

List the goods seized and their value as soon as possible after an asset forfeiture.

If you are able to recover cash, court decisions suggest you are entitled to interest.

The new directive on civil asset forfeiture is concerning but Texans have faced the unfair loss of their property at the hands of police departments for many years. Our experienced Dallas criminal defense attorneys can help you if you have been charged with a crime and believe you have been treated unfairly.