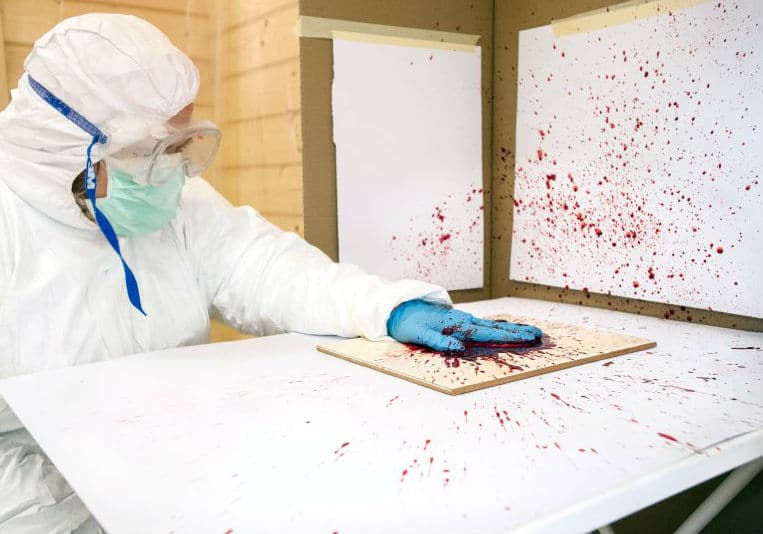 Many of the forensic analysis techniques used to secure convictions in the 1980s and 1990s have been debunked as ‘junk science.’ Blood-stain pattern forensic analysis is the latest technique to be undermined in a case involving a Texas educator.

Joe Bryan, a former school principal from Texas, has spent more than 30 years in prison for the murder of his wife in 1985,

However, the Texas Forensic Science Commission challenged his conviction and cast doubt on the blood-stain pattern analysis forensic technique.

The commission also called into question the testimony of an expert who gave evidence in the case, branding his assertions “entirely wrong.”

The New York Times and ProPublica conducted a detailed investigation into Bryan’s case in May and looked at the precision of blood-splatter analysis.

The New York Times reported how the blood-stain analysis technique proved to be pivotal to the conviction.

Bloodstain-pattern analysis involves the examination of spatters, drops, and trails of blood at a crime scene to provide vital clues.

Robert Thorman, a police detective from Harker Heights in Texas, used the technique in the Bryan conviction after receiving 40 hours of training in bloodstain-pattern analysis. He was a critical prosecution witness in the case. Thorman gave evidence relating to a blood-speckled flashlight discovered by the victim’s brother in the trunk of Bryan’s car four days after the murder.

A connection between the flashlight and the crime was not established. In 1985, a technician working in a crime lab before the discovery of DNA evidence determined the blood on the flashlight to be type O. This corresponded to Mr. Bryan’s wife, Mickey, but also to nearly half the population of the United States

The prosecution was faced with needing to tie the flashlight to the crime scene. Thorman told the trial, the flecks of blood on the flashlight were “back spatter.” This pattern pointed to a close-range shooting. He suggested the flashlight was at the murder scene.

In July, Rossi gave a highly critical assessment of Thorman’s interpretation of the flashlight and the overall crime scene. She branded the detective’s testimony as “egregiously wrong” and said Bryan deserved a new trial if any juror relied on the testimony to convict him of murder.

The effectiveness of blood-stain pattern forensic analysis has been questioned in recent years.

A case highlighted by the Netflix show “The Staircase,” highlighted Duane Deaver, a blood-splatter analyst employed by North Carolina’s State Bureau of Investigation.

Deaver gave testimony that blood stains at the bottom of author Michael Peterson’s staircase showed his wife, Kathleen, was beaten to death by the writer. Deaver said blood evidence on the walls of the stairwell as well as the couple’s clothes, confirmed  Kathleen was killed by Michael, who used a blunt object to kill his wife in 2001.

Peterson was sentenced to life in prison without parole, predominantly due to Deaver’s testimony. Deaver later admitted he lied about his expert background and committed perjury during the 2003 trial. Peterson received a retrial.

The next phase of 77-year-old Bryan’s case gets underway on Aug. 20 in Comanche, when a three-day evidentiary hearing takes place.

Blood-stain pattern forensic analysis is also on trial. Earlier this year, the Texas Forensic Science Commission sought to end the practice of allowing law enforcement officers with little training in the technique to testify in Texas.  The commission wants the analysis to performed by an accredited organization if evidence is to be admissible in court.

Our Dallas criminal defense lawyers have decades of experience in challenging flawed forensic techniques. Please contact us today for help in a criminal case.