Skip Navigation
Home Blog Can a 16-Year-old be Tried as an Adult in Dallas?

Can a 16-Year-old be Tried as an Adult in Dallas? 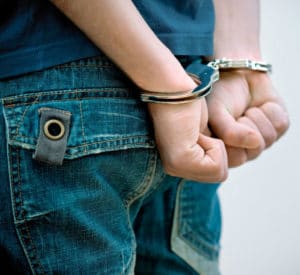 In Texas, the age of adult criminal responsibility is 17. However, younger defendants can be tried as adults in certain circumstances.

A judge in Dallas County recently processed a 16-year-old through the adult criminal justice system, stating the public required protection.

Under Texas law, A person who is at least 10 years of age but under 15 years of age is presumed to be incapable of committing an offense other than an offense under a juvenile curfew ordinance or order. This means teens aged 15 and 16 can be dealt with in adults court at the discretion of the court. Texas has come under concerted pressure to raise the age of adult responsibility to 18 to bring it into line with most other states but bills have failed to make it to the statute book. The Texas House backed House Bill 122, known as the “Raise the Age” bill, in April which aimed to move 17-year-old offenders from the adult criminal justice system to its juvenile justice counterpart from 2021 onwards.

The Dallas Morning News reported how Dallas County Juvenile Judge Andrea Martin Lane aims to rehabilitate teens who arrive in her courtroom rather than process them through the adult system. Martin Lane said she aims to give defendants a chance.

She made an exception in 16-year-old Lenario Washington’s recent case. The judge said the public required protection from the defendant.

Police accuse the 16-year-old of raping women and the killing of 23-year-old Maria Ezquerro in an apartment in northern Dallas.

Experts told the Dallas Morning News adult certifications for 16-year-olds happen but they are generally uncommon because the juvenile courts system focuses on rehabilitating youth instead of incarcerating them.

When considering certification of a juvenile as an adult, the courts must consider the following factors; public safety, whether the offense targeted an individual or property, the sophistication and maturity of the juvenile accused of the crime, his or her criminal history, and the likelihood of rehabilitation. Crimes against people are considered to be more serious than those against property.

Washington is linked to six alleged rapes as well as the killing of Maria Ezquerro.

Contact an experienced Dallas Criminal Defense Lawyer about your case.

A 16-year-old can be tried as an adult in Dallas but this is an unusual step for the courts to take. If your child has been charged with a crime, please contact our experienced Dallas defense team as soon as possible.

At Broden & Mickelsen, LLP, we are experienced Dallas criminal defense lawyers are dedicated to providing aggressive and ethical representation to individuals and businesses charged with crimes.