Concerns Are Raised Over Rising Numbers of Female Prisoners in Texas 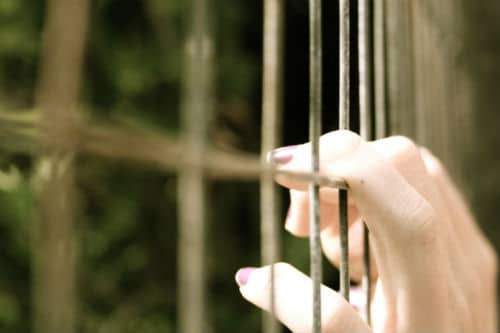 The concerns were raised by the Texas Criminal Justice Coalition in a report released last week.

The report suggests women are being excluded from the national focus on justice reform. The problem is particularly acute in Texas.

Coalition executive director Leah Pinney states in her introduction to the report:

“Because women comprise only a small portion of the overall incarcerated population, their needs are largely disregarded in larger criminal justice reform conversations. Most of the programs that exist within and outside the criminal justice system are geared toward men.

Pinney alluded to a lack of data on who the incarcerated women are or how they became caught up in the criminal justice system. She said national reforms failed to slow the rate of women’s incarceration.

The Crime Report alluded to the document written by Lindsay Linder. It points out more than 12,000 women are incarcerated in Texas. The majority are imprisoned for non-violent offenses.

However, the number of women behind bars rose by 554 over the same period. The figure represented an increase from 7.7 percent to 8.5 percent of the total number of people locked up, the report noted.

The report also highlights a growing number of women who are being held in jails in the Lone Star State awaiting hearings.

Those incarcerated total about 6,300. The figure rose approximately 48 percent since 2011, although the number of female arrests in Texas fell by a fifth over the same time period.

The study follows an investigative report in the Dallas Morning News that also pointed to a growing female prison population in Texas.

The investigation in the summer of 2017 pointed to the dramatic increase in the number of women who are incarcerated while waiting for a trial since 2011. Many of these women have committed minor offenses and cannot afford bail.

She said programs of this nature will improve public safety and reduce the costs associated with incarceration.

In a survey of about 400 incarcerated women, the Texas Criminal Justice Coalition found that nearly 60 percent of incarcerated woman suffered from physical or from sexual abuse or assault as a child. More than half were in a poverty trap reporting a household income of less than $10,000 before taxes. More than 80 percent had children

State Rep. James White, chairman of the House Corrections Committee, pledged his committee would examine the problems, according to The Texas Tribune.

If you have been charged with a crime, it’s important to avoid jail if possible or to secure jail release. Contact our Dallas criminal defense lawyers.