How to Defend Against Intoxicated Manslaughter in Dallas 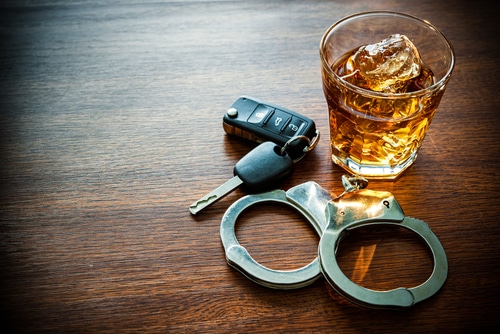 Intoxicated manslaughter in Dallas is a serious charge, but attorneys have several defense strategies they can use to help their clients.

Manslaughter in Dallas is a felony charge under Texas Penal Code, Title 5, chapter 19, and defendants convicted of this crime can face a significant prison sentence.

But Texas has upped the ante with this charge because it’s one of the few states in the country that has established what is known as ‘intoxicated manslaughter,’ defined as a criminal offense that deals with an individual that causes the death of a victim due to intoxicated driving.

Let’s take a look at how intoxicated manslaughter works in Texas, and how defendants charged with this crime are defended in a court of law.

Before diving into intoxicated manslaughter, it’s important to first define the criminal offense of manslaughter in Texas.

The Texas criminal statute states that a person commits an offense if he recklessly causes the death of an individual. 1

Voluntary manslaughter is the more serious charge and refers to a defendant that had the intent to kill or cause serious bodily harm to the victim.

This doesn’t mean that the defendant planned the killing, but that when the events leading to the killing occurred, the defendant’s actions showed the intent to end the victim’s life.

On the other hand, defendants charged with involuntary manslaughter did not intend to kill the victim, but circumstances still led to that person’s death.

Manslaughter in Texas is a second-degree felony, and the penalties for a conviction depend on the severity of the crime. For example, manslaughter involving a minor will often result in significant prison time.

Manslaughter is considered a less serious offense than first-degree or second-degree murder because there is no premeditation or planning involved with this charge.

In fact, many states refer to voluntary manslaughter as a ‘crime of passion,’ which means that a killing occurred while the defendant was in the grip of strong emotions.

That doesn’t mean that manslaughter isn’t a serious felony, just that the penalties are typically less severe than for a defendant that is convicted of murder.

The Crime of Intoxicated Manslaughter

Intoxicated manslaughter occurs when an impaired driver kills another person with a vehicle. In other states, this crime is categorized as vehicular homicide.

The legal standard for intoxication manslaughter in Texas is a person that operates a motor vehicle in a public place, operates an aircraft, a watercraft, or an amusement ride, or assembles a mobile amusement ride and is intoxicated, and by reason of that intoxication causes the death of another by accident or mistake. 2

Intoxicated manslaughter is a second-degree felony that is punishable by a prison term of two to 20 years, and a fine of up to $10,000.

It’s important to understand that prosecutors must prove that a defendant was either impaired beyond the legal alcohol limit or that the defendant was significantly impaired by illegal narcotics or prescription drugs.

Some of the intoxicated manslaughter defenses that are available to defendants include:

One of the challenges that defense lawyers sometimes face in these cases is a client that has a previous DWI conviction.

This is a challenge because it can indicate to a jury that a defendant’s past pattern of behavior culminated in an intoxicated manslaughter charge.

Attorneys for Manslaughter in Dallas

Defendants in Dallas that are charged with the crime of killing another person while driving impaired should hire experienced Dallas criminal defense attorneys for manslaughter. This is a serious charge that requires the expertise and skill of a law firm that understands how to mount an aggressive defense.

Prosecutors view intoxicated manslaughter as a crime of choice, meaning that people that chose to drive while impaired must take the responsibility for anything that occurs after that decision is made.

Without legal counsel, defendants may forego their legal rights, and end up spending years in prison.