Execution of Texas Man is Delayed over Schizophrenia Claims 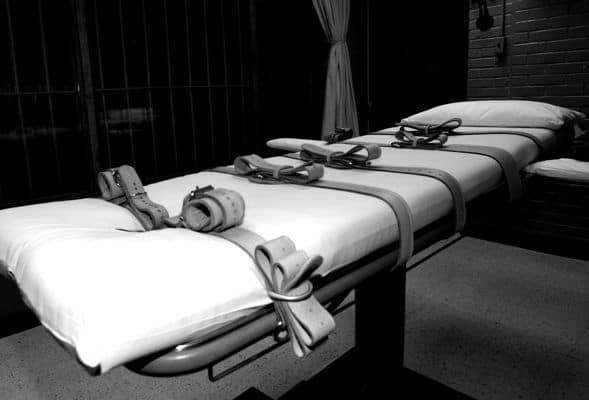 The execution of a man accused of killing a store worker during a robbery at a Fort Worth gas station in 2010 has been delayed by the Texas Court of Criminal Appeals after his attorneys argued he is mentally ill.

The execution of 42-year-old Kwame Rockwell was set for Oct. 24.  Rockwell and two other men robbed a store and fatally shot Daniel Rojas and Jerry Burnett eight years ago. Rockwell was convicted of the murder of Rojas in 2012.

Last week, a majority of Texas Court of Criminal Appeals judges ordered Rockwell’s execution be delayed, according to the Texas Tribune. They ordered a judge to appoint two mental health experts and re-examine Rockwell prior to execution.

Rockwell and his lawyers fought to stay the execution. They argued Rockwell’s schizophrenia prevents him from understanding his execution and the murder conviction.

Under Texas statute, a person must be competent to be executed.  Rockwell’s attorneys point to a history of serious mental illness that dogged him his whole life. Media reports suggest he is fixated with delusions that snakes and demons afflict him and invade his body.

A 2017 appeal launched by the death row inmate pointed out he was diagnosed with schizophrenia in prison.

Rockwell has launched a number of appeals. In April of last year, a federal appeals court rejected Rockwell’s claim he had inadequate legal representation at his trial in Tarrant County trial when his lawyers decided not to present evidence of schizophrenia and the use of steroids.

Texas has executed a series of people who claimed to be mentally ill. In 2014, The Guardian reported how Texas routinely executes people who showed signs of illnesses like schizophrenia.

The report cited the case of Andre Thomas who was executed in 2005 for killing his estranged wife, his four-year-old son and his one-year-old stepdaughter. He believed he was following an order from God to exorcise their demons. He gouged out his right eye in prison and was diagnosed with paranoid schizophrenia.

In the 2002 case of Atkins v. Virginia, the U.S. Supreme Court ruled that executions of mentally retarded criminals are “cruel and unusual punishments” prohibited by the Eighth Amendment.

However, the ruling does not necessarily protect mentally ill people from execution.

The New York Times noted the nation’s highest court has habitually declined to protect mentally ill people from the death penalty. It said only people who are insane cannot be executed.

Insane is narrowly defined as people who are unaware of the punishment they are about to suffer and why they are to suffer it. It’s a definition that excludes most people with severe mental illnesses such as schizophrenia.

More people are executed in Texas than in any other state. If you have been charged with murder in the Lone Star State, it’s important to hire a criminal defense attorney who has dealt with these high-profile capital murder cases. Call us at (214) 720-9552.