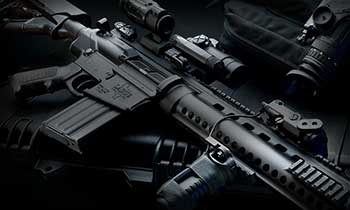 Under federal law, it is a crime for anyone with a domestic violence conviction to buy or own a gun.

The system broke down with tragic consequences on Nov. 5 when Devin Patrick Kelley killed 26 worshipers and injured 20 more at the First Baptist Church in Sutherland Springs in Texas.

Kelley, 26, was convicted by a general court-martial on two charges of domestic assault while he was in the air force.

As a man with a domestic assault conviction, he should not have been allowed to buy or own a gun.

The 1996 Lautenberg Amendment to the Gun Control Act of 1968 establishes a comprehensive regulatory program intended to prevent the use of firearms in domestic violence offenses.

The Lautenberg Amendment also amended the traditional public interest exception to the possession of firearms under the Gun Control Act by making the prohibition applicable to anyone convicted of a domestic violence misdemeanor, including federal, state, and local law enforcement officers.

The 1968 act prohibits anyone convicted of a felony and anyone subject to a domestic violence protective order from possessing a firearm.

The Air Force launched an internal review into why it failed to provide important information to the FBI that should have prevented Kelley from purchasing firearms, reported the Washington Post.

The Air Force said Kelley’s offense was not entered into a national database. He was able to pass background checks to purchase weapons.

The shooter was convicted on charges of assaulting his former wife and stepson and served 12 months in confinement before being released from the Air Force in 2014 with a bad-conduct discharge.

Ann Stefanek, an Air Force spokeswoman, said in a statement that federal law should have prevented him from buying or from possessing firearms.

Representative Mac Thornberry of Texas, the Republican chairman of the House Armed Services Committee, which oversees the military, branded the failure to enter Kelley’s record into the database “appalling.” He said:

“I don’t believe that the Air Force should be left to self-police after such tragic consequences. The failure to properly report domestic violence convictions may be a systemic issue.”

His comments appeared to be echoed by the New York Times which suggested the Air Force is routinely failing to report this kind of information to the FBI.

The Giffords Law Center to Prevent Gun Violence said it reviewed multiple military documents related to compliance with the Lautenberg Amendment and had not identified a procedure by the Air Force for reporting domestic violence convictions to the FBI.

Kelley’s past also included an escape from a mental health facility in 2012 after he was caught taking guns onto an Air Force base.

Broden & Mickelsen defends people charged with federal crimes and state crimes in Texas. Contact us at (214) 720-9552