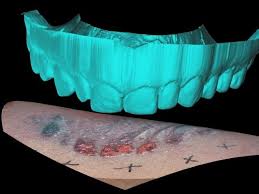 Many forensic science methods used for years to convict people of serious crimes have unraveled under closer scrutiny. Bite mark evidence was used to secure scores of convictions before it was debunked as junk science in 2016.

In December, the state’s highest criminal court declared a Texas man innocent of two murders he served more than a century in prison for.

Steven Chaney was exonerated of the murders of John and Sally Sweek in Dallas in 1987, the Texas Tribune reported

Chaney claimed he was innocent of the murders. He was given relief by the court. The exoneration was partially based on questions raised about the testimony of two odontologists’ who told the trial bite marks found on John Sweek’s left forearm matched Chaney’s teeth.

The Texas Court of Criminal Appeals found the bite mark evidence implicated Chaney in the murder. The judges said his conviction largely stemmed from the testimony of the odontologists.

They noted the science of bite mark evidence has changed since Chaney’s conviction. Judge Barbara Parker Hervey wrote in the decision:

“Each piece of the state’s trial evidence is questionable ‘or has since been undermined or completely invalidated.”

Texas has a so-called “junk science law.” It allows the state’s courts to overturn a conviction if the scientific evidence that led to the conviction has been discredited or amended.

Chaney was released from prison in the fall of 2015. He spent more than two years awaiting the decision of the appeals court.

Bite mark analysis became discredited about three years ago.  The President’s Council of Advisors on Science and Technology concluded in 2016 that this evidence is not scientifically valid and it will likely never be properly validated.

The report represented a scathing critique of bite mark analysis. It concluded:

“Available scientific evidence strongly suggests that examiners cannot consistently agree on whether an injury is a human bite mark and cannot identify the source of [a] bite mark with reasonable accuracy.”

Bite mark evidence became popular in the 1970s when it was a tool used in the conviction of the serial killer Ted Bundy.

However, bite mark evidence has been discredited in recent years along with other forensic methods like hair analysis.

Chaney’s case was reviewed by the Dallas County district attorney’s Conviction Integrity Unit. The judges decided Chaney was innocent based on the defense that it was not possible to match bite marks on a person’s skin. The court also discounted other circumstantial evidence used at trial, including that Chaney’s partial fingerprint and shoe marks in the Sweek’s apartment.

The Tribune reported Cynthia Garza, the head of the Dallas Conviction Integrity Unit said “justice was done” for Chaney, three years after the Innocence Project asked her team to reinvestigate the case.

If you are accused of murder in Texas you will likely face spending the rest of your life behind bars or even the death penalty. Please call our Dallas criminal defense lawyers today for assistance at (214) 720-9552.