Former UT Director is Indicted for Theft and Money Laundering 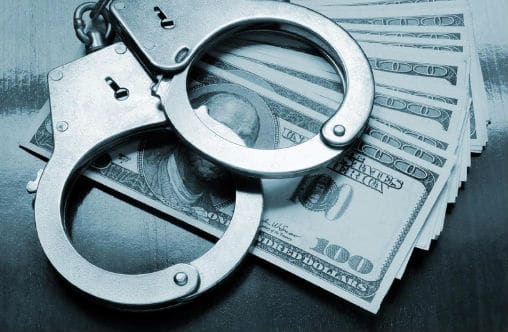 White collar crimes carry high sentences. In Travis County, a former director of the University of Texas faces up 99 years in prison after he was indicted on counts of theft, money laundering, and abusing his official capacity.

Jason Shoumaker worked for the University of Texas in Austin for 10 years. He managed facilities for the law school. The Statesman reported he was fired in 2017 after a co-worker complained about his spending. The co-worker’s complaint resulted in an internal investigation that ended up with the Travis County district attorney’s office.

Reports noted Shoumaker could face five to 99 years or even life in prison for the offenses. He may have to pay $10,000 for each of the charges. He was released on a $100,000 bond this month.

The former UT official faces charges divided between two indictments. Prosecutors claim Shoumaker directed fraudulent payments from the university to himself and contractors over a five-year period. They allege the university lost at least $300,000.

Shoumaker was arrested in May 2018 over six counts of tampering with government records. Prosecutors alleged he was reporting for work and collecting pay while he was in the U.S. Virgin Islands, Las Vegas, Cozumel in Mexico, and other locations. The authorities accused Shoumaker of using fraudulent time sheets to obtain a larger separation payout after he was fired, court documents say. Shoumaker has not been indicted on those charges to date, the Statesman reported.

Shoumaker’s alleged scheme entailed the misuse of contracts, procurement cards, and invoices that he obtained during his work with the university between January 2013 and August 2017.

Some of the most infamous white collar crimes in modern times include the Enron scandal and Bernie Madoff who ran a Ponzi scheme that defrauded many people including celebrities Steven Spielberg and Kevin Bacon who lost millions of dollars.

If you have been charged with a white collar crime, you should contact attorneys who are experienced in these types of cases. Please call us at (214) 720-9552.