Houston Retreats from No-Knock Raids after Deaths in Drugs Raid 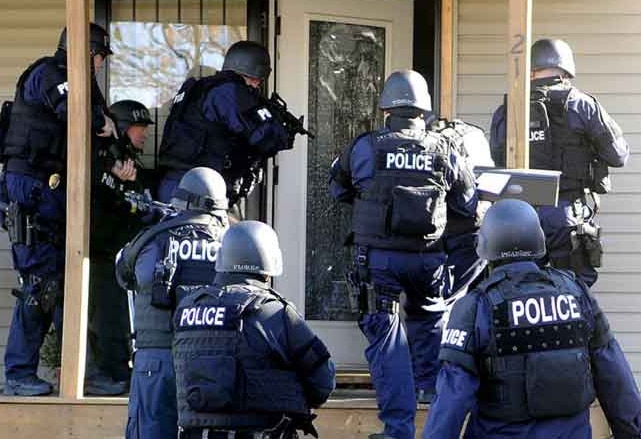 No-knock raids by police are a controversial and dangerous practice, nowhere more so than in Texas where police and homeowners have been killed in recent years.

In January, two people in Houston were shot dead in a disastrous no-knock drug raid by police. A few weeks later, Houston Police Chief Art Acevedo announced he intends to restrict the department’s use of these raids, reported Texas Monthly.

In January, a group of officers on the Houston Police Department’s narcotics task force took part in a no-knock raid at the home of two suspected heroin dealers.

Although police officers usually knock on the door to announce their presence during a raid and wait for a reasonable time for someone to come to the door, they use no-knock warrants on some occasions.

The additional permission required for a no-knock warrant should be granted by a judge. Police must show a reasonable suspicion that knocking and announcing their presence to residents would be futile, dangerous, hinder the effective investigation of a crime, or allow for the destruction of evidence.

The no-knock policy is potentially dangerous in Texas which has a “Stand Your Ground” law. Known as the “Castle Doctrine,” people have no duty to retreat if they have a reasonable belief they are in danger of bodily harm or death if they face a threat in their home, in their vehicle, or at their job.

Reports in Texas Monthly and other publications cast doubt on the theory that Tuttle and Nichols were drug dealers. Neither had been convicted of a crime in Harris County. Tuttle was a disabled veteran who was honorably discharged from the Navy.

At a press conference, Acevedo said no-knock raids have a place as a law enforcement tool but he intends to restrict their use.

He said immediately before seeking judicial approval for any no-knock search warrant, the chief of police or his designee must approve the request.

The new policy introduces a further level of oversight before a no-knock warrant is brought before a judge. However, questions remain.

It’s unclear what criteria Acevedo, or his assistant chief, might take into account when considering a request for a no-knock warrant.

Two days before the press conference at a heated town hall meeting, Acevedo promised the use of no-knock entries would “go away like leaded gasoline in this city,” the Houston Chronicle reported.

The new policy follows a series of warrants that ended in killings of either police officers or residents in Texas.

In 2015, Vox reported police carry out 20,000 no-knock raids every year in America. In a significant minority of cases, alarmed residents use firearms.

In December 2013, Henry Magee shot and killed a police officer during a no-knock drug raid before dawn on his home in rural Texas. Magee was initially charged with capital murder. He argued that he shot the officer, who he believed was an intruder, to protect his pregnant girlfriend. A grand jury declined to indict him and charges were dropped against him the next year.

Marvin Guy shot and killed a police officer when a SWAT team burst into his Killeen apartment without knocking five years ago. He was also indicted on a capital murder charge. He was re-indicted on the charge last year and could face the death penalty.

The Fourth Amendment protects citizens from “unreasonable search,” meaning police need a warrant, granted by a judge to enter your home.

During the war on drugs in the 1970s and 1980s, police argued drug dealers and criminals were too dangerous to be given a knock before police entered. The federal government made it lawful for federal law enforcement officers to conduct no-knock raids. Although the feds retreated from this approach, no-knock warrants were allowed under specific circumstances.

If you have been arrested and believe your rights were violated, contact our Dallas criminal defense lawyers.