How Illegal Reentry Can Be a Federal Crime 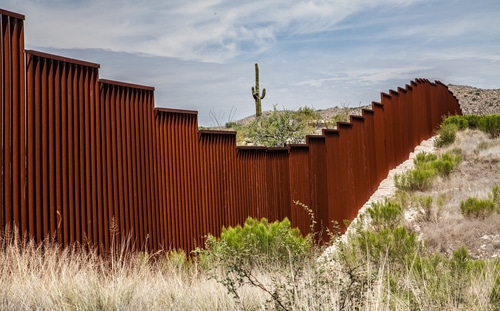 Immigration is always a hot-button political issue, now so more than ever. People have very strong opinions on immigration, especially in border states like Texas. Unfortunately, the immigration debate can often result in a great deal of misinformation and confusion about the nuts and bolts of how the law works surrounding entry and reentry into the United States.

Illegal Reentry Is a Serious Crime

Many news reports focus on deportation, and it’s true that a person who enters the U.S. illegally — no matter where they’re from — is subject to deportation. But what about an individual who has been ordered out of the country and then decides to re-enter at a later point? A person can also be charged with illegal reentry if they were previously denied admission to the U.S. or if they left the country while they were under a removal order, which is different from a voluntary departure.

There are a variety of reasons why someone previously deported or denied admission to the U.S. may need to re-enter the United States, and illegal reentry cases can impact people from all nationalities and walks of life.

In some cases, people are not aware they have been officially deported, and then attempt to re-enter only to discover they have now been charged with a felony for illegal reentry.

Worse, a reentry mishap can result in a felony conviction and a lengthy prison sentence. This reality is why it’s important to understand the law and what’s at stake. It’s also important to work with a lawyer who regularly practices in federal court.

In the majority of cases, someone convicted of illegal reentry will face a fine and possibly up to two years in prison. However, this prison sentence can extend up to 10 years if the individual has a past felony conviction or a minimum of three misdemeanors involving drug charges or crimes against another person. If the person has a previous conviction of an aggravated felony, they could face up to 20 years in prison for an illegal reentry conviction.

It’s also important to point out that a conviction for illegal reentry doesn’t erase a past deportation order. For example, someone with an aggravated felony conviction who re-enters illegally could spend up to 20 years in prison in the U.S. and then, upon completion of their sentence, be deported upon their release.

When Can You Challenge an Illegal Reentry Charge?

If you have been charged with illegal reentry after you have been deported in the past, you may successfully be able to challenge the charges against you. One of the main ways to challenge a reentry charge is to take a look at the original deportation. In some cases, it’s possible to show that the deportation was invalid or fundamentally unfair.

The person may also be able to show being denied an opportunity for judicial review of their case. In some cases, the defense could also try to show that the individual was wrongfully denied the option to apply for asylum or another type of relief from persecution in their home country.

For example, in 2017 the U.S. Court of Appeals for the Second Circuit vacated the sentence of a man convicted of illegal reentry. In United States v. Singh, the court held that a man’s 60-month prison sentence for illegal reentry was unreasonable for procedural and substantive reasons.

The defendant had been born in Guyana but had lived in the U.S. since childhood, along with his parents, siblings, wife, and child. He had been convicted of postal theft 20 years earlier, which met the definition of an aggravated felony under the reentry statute. He also had seven other decades-old theft-related convictions and was deported in 2010. He entered the U.S. again in 2012 and was deported the same year. He re-entered again in 2014, which led to his arrest for illegal reentry.

The judge imposed a sentence that was triple the amount recommended by the sentencing guidelines. On appeal, the Circuit Court held that the sentence was unreasonable, especially since none of the defendant’s previous convictions were related to drug offenses or crimes against a person and all of them had occurred decades earlier.

The Circuit Court also noted that the trial court had made a number of procedural errors, including mistakenly stating that the defendant had been deported “multiple numbers of times” when he had only been deported twice.