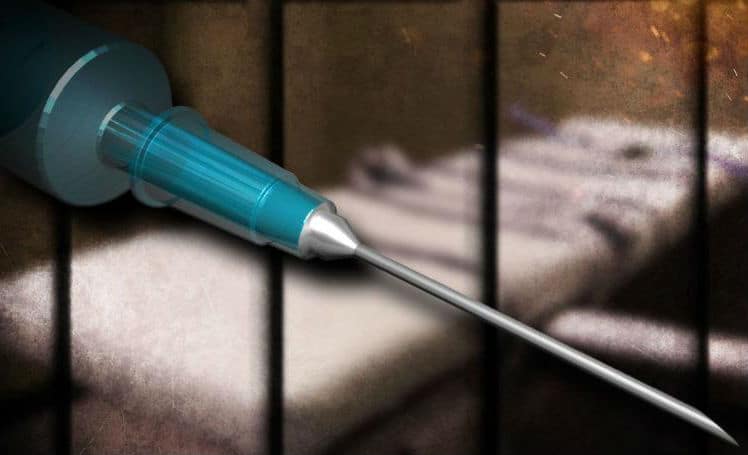 Danny Bible was executed last month almost 40 years after the body of 20-year-old Inez Deaton was found in a field near a car wash in Harris County.

Bible was just the second person to be executed under Harris County District Attorney Kim Ogg, reported the Texas Tribune.

Ogg is a Democrat. Since her election in 2016, she restricted the use of the death penalty in a county that has executed more people than any jurisdiction other than Texas itself.

She made an exception in the case of Bible. The 66-year-old repeatedly raped and stabbed his victim with an ice pick in May 1979. Deaton’s murder went unsolved for about two decades.

Bible was dubbed the “ice pick killer.” He confessed to Deaton’s murder in 1998, when he was arrested in Louisiana in another rape case.

In 1983, Bible raped and murdered Pam Hudgins and then killed Tracy Powers and her 4-month-old son. After pleading guilty to Hudgins’s murder, Bible was sentenced to 25 years in prison but was paroled in 1992.

Bible and his lawyers fought his execution. They claimed Bible was too sick to be executed by lethal injection. They argued the killer’s veins were too weak and he would probably choke on his back on the gurney.

Bible suffered from multiple diseases including heart and lung disorders as well as from Parkinson’s Disease.

A brief challenging the execution highlighted how efforts to kill other sick inmates failed because officials were unable to find a vein. Earlier this year, Alabama called off the execution of Doyle Hamm. They failed to insert a needle in the cancer patient for hours.

Last year, Ohio called off the execution of Alva Campbell, who also had cancer. The death row inmate used a colostomy bag and was unable to breathe lying down. He has since died in prison.

The State of Texas countered the argument. Its lawyers said Bible was a serial rapist and murderer and claims that the execution would be inhumane and painful were mere speculation.

The Tribune reported the U.S. Supreme Court turned down Bible’s final appeal about a half hour before his execution was scheduled. The lower courts said the inmate failed to show that there would be difficulty finding a vein, nor had Bible demonstrated that repeated, unsuccessful attempts to find a vein would qualify as cruel and unusual punishment.

People convicted of murder are more likely to be executed in Texas than any other state in the country. Our firm has had extensive experience representing people charged with capital murder, a crime carrying the death penalty.