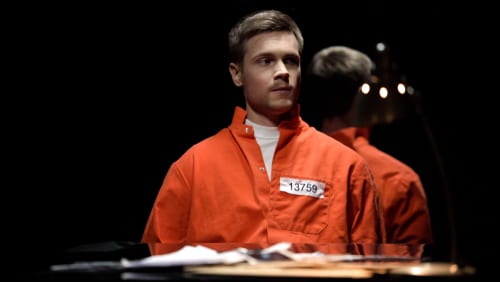 According to a recent report, information gathered from jailhouse informants is used in 23 percent of death row cases in which the convicted individual is later exonerated. In Texas, a 2017 law made the state one of the most progressive concerning how prosecutors must disclose their use of jailhouse informants, including informing the defense when jailhouse informants are used so defense counsel can examine an informant’s credibility.

What Is a Jailhouse Informant?

Sometimes colloquially referred to as a “snitch,” a jailhouse informant is an incarcerated person who trades information or knowledge about a crime for some type of benefit. The knowledge or information is about someone else, who may or may not already be in prison. The idea is that by sharing what they know about a crime, they can help prosecutors catch other criminals.

In exchange for giving up this valuable information, jailhouse informants are usually rewarded, either by getting a reduction in their sentence or by some other means. In some cases, informants have even received money or special privileges.

The problem with this system, however, is that it gives informants an incentive to exaggerate and even sometimes outright lie. Given the prospect of getting released from prison early, some people may choose to make up facts and stories, even if it means putting an innocent person behind bars.

In fact, this is precisely what has happened on numerous occasions. Mother Jones reports that Curtis Flowers spent 20 years on death row for a quadruple murder he says he didn’t commit. Flowers had no criminal background, and he was well known in his community as a gospel singer. There were numerous red flags at his trial, including a lack of reliable witnesses to support the prosecution’s case.

In 2017, Texas passed a law that the Innocence Project calls “…the most comprehensive statute in the nation to regulate the use of jailhouse informants, which played a role in nine wrongful convictions in the state and is a leading contributor to wrongful convictions nationally.”

The New York Times editorial board stated, “Texas has become a national leader in criminal justice reforms, after having long accommodated some of the worse practices and abuses in the nation. The state, particularly in light of past abuses, deserves credit for seeking innovative solutions to problems that have long proved resistant to change.”

The law regulates jailhouse informants by requiring the state lawyer to track the informant’s testimony, even if it’s not used in a trial. The state’s lawyer must also keep track of any benefits or incentives the informant receives in exchange for the information.

Additionally, the law allows the admissibility of any of the informant’s past offenses, which can be used to impeach the credibility of the informant, even if the person was never convicted. This decision is a change from previous law, which only allowed defense counsel to submit evidence of past offenses if they had resulted in a conviction.

Prosecutors must also keep detailed records of the type of testimony an informant offers, and disclose the testimony to defense lawyers.

There are signs that other states may soon follow Texas in reforming the way prosecutors are permitted to use jailhouse informants. In 2018, the American Civil Liberties Union filed a lawsuit against the district attorney and sheriff in Orange County, California over its use of jailhouse informants.

The lawsuit accuses the DA and sheriff’s office of using a “professional” network of jailhouse informants to secure convictions. The suit also says the DA and county went so far as to fail to disclose their knowledge of compromised informants, which is illegal. The lawsuit also claims jailhouse informants in Orange County were compensated with hundreds of thousands of dollars for their information, and that some individuals convicted of murder were released from prison after snitching on others.

The Importance of Criminal Defense

While the Texas jailhouse informant law goes a long way toward reforming the way prosecutors use informants, it doesn’t stop the practice. It’s still possible for an innocent person to end up in jail based on false information gleaned from a jailhouse informant. This possibility is why it’s important for people accused of crimes to work with an experienced Texas criminal defense lawyer. If you have been charged with a crime, it’s in your best interest to contact a criminal lawyer right away.