Many “High-Threat Criminals” on the Border Committed Low Level Offenses 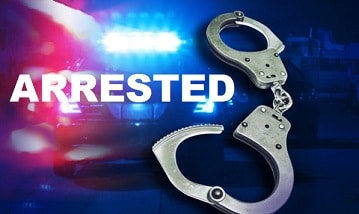 The Texas Department of Public Safety has classified thousands of arrests on the Mexican border as “high-threat criminals” as it justifies additional measures to strengthen border security.

However, an article in the Associated Press has taken issue with the classification, pointing out drunk drivers, low-level drug offenders and people who have not paid child support are included in the figures.

A report on the TV station WJHG, noted 1,800 people arrested near the border by highway troopers last year were classified as being “high threat criminals.”

AP pointed out many did not qualify for the label or enter the country illegally as suggested by Republican Lt. Gov. Dan Patrick, the Texas chairman for GOP presidential candidate Donald Trump.

The Department of Public Safety responded by agreeing to remove people who had not paid child support and signaled a willingness to remove some others from the list. However, it defended the figures saying they aren’t intended to be a measure of border security.

One Democratic lawmaker criticized the classification. Democratic state Rep. Terry Canales, who represents the border city of Edinburg, said it was shocking that a person arrested with a small quantity of cocaine in Odessa was being used to demonstrate “supposedly high-threat criminal arrests on the Texas-Mexico border.”

The Associated Press used open records laws to drill into more detail into a list of 2015 Texas Highway Patrol arrests officially classified as “high threat” in the border region. AP went on to review online court and jail records for cases in El Paso and Hidalgo and counties, which had the most arrests.

Hidalgo County is in the Rio Grande Valley. It’s a very busy corridor for drug and human trafficking into the United States. Scores of troopers are deployed here. Many of the 161 high-threat arrests for drug possession were alleged marijuana smugglers. However, as many as 20 percent were charged with having less than a gram of marijuana or other low-level drug charges. Drunken drivers who failed to pull over were counted in the same way as traffickers fleeing arrest.

In El Paso County, more than half of 190 high-threat arrests in 2015 were for drug crimes. About three out of 10 were arrests for less than a gram of drugs such as marijuana or cocaine.

In Texas, drug crimes are often dealt with federally and carry heavy sentences. You should contact an experienced Dallas criminal defense attorney if you have been charged with a crime of this nature.