New Bill in Texas Would Increase the Penalties for Groping 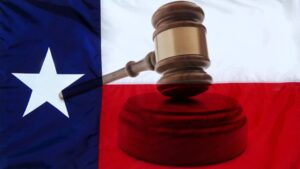 Groping would become a more serious offense in Texas if a new bill filed in the General Assembly becomes law.

The Texas Association Against Sexual Assault is behind new bill that would make groping a Class A misdemeanor, reported CBS.

At present, the offense is a Class C misdemeanor. Critics say that makes it the equivalent of a traffic ticket.

CBS cited the case of Jonathan Aldaco, a 22-year-old who faces a felony charge of indecency with a child.

Aldaco is accused of the offense at the Riverside Campus of Austin Community College this month.  Police say he groped a 16-year-old girl.

Had the alleged victim been just a year older, the second degree felony would have been a Class C misdemeanor of groping.

Chris Kaiser, director of public policy for the Texas Association Against Sexual Assault, said cases like the one in Austin justify a change in the law. He said:

“It’s the equivalent of a traffic ticket. You can get in more trouble for shoplifting, essentially, than for groping an adult in Texas.”

The TAASA campaigns to end sexual violence in Texas through education, advocacy and prevention.

It’s the driving force behind Senate Bill 339, which would make groping a Class A misdemeanor. The change in the law would mean people convicted of groping would end up in jail and face a $4,000 fine.

Kaiser said there are only five states in the nation where you won’t end up in jail for groping a person and Texas is one of them.

Kaiser said groping is a serious issue and 32 percent of women and 16 percent of men across the country have faced forcible sexual touching, including attempted rape, in a public place.

Republican State Senator Charles Perry filed the bill. He said it’s unthinkable that forcible groping is considered to be legally equivalent to a traffic ticket.

“Texas is one of only five states where these heinous acts are not punishable by jail time and SB 339 will increase the punishment to protect victims of these vicious crimes” he said in an interview with CBS Austin.

Sexual offenses take many different forms. While it’s important to take them seriously, issues of consent can be blurred in such cases and many innocent people end up in jail after inaccurate statements are made by witnesses. Read more about sexual assault defense in Texas here.