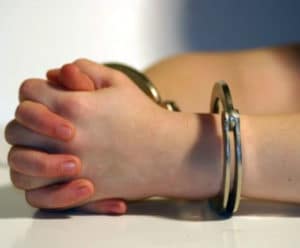 Some people make mistakes when they are young. In Texas, a serious mistake as a teen can mean decades behind bars. The criminal justice system has a reputation for being tough on young offenders and has treated those 17 or older as adults.

A new bill filed in the Texas House by Rep. Joe Moody, D-El Paso, and in the Texas Senate by Sen. Jose Rodriguez, D-El Paso could allow people sentenced before the age of 18 to be released earlier from prison.

If passed, the Second Look Bill would make anyone sentenced to a first-degree felony before turning 18 eligible for parole after 20 years or half of their sentence.

The Houston Chronicle highlighted the case of Michael Tracy. The 17-year-old skipped school to plan a robbery.

The plan was botched. The Chronicle reported how Tracy and two friends wore masks and walked through the door of a home in Harris County. They were looking for a Rolex watch. They held the homeowner at gunpoint. Nobody was hurt and the friends stole goods of little value.

However, Tracy was charged in an adult court with aggravated robbery, a first-degree felony. In 1994, he was sentenced to 60 years in prison.

The Second Look Bill would help people like Tracy who received heavy prison sentences for reckless acts when they were young.

It comes at a time when Texas is reevaluating its zero tolerance approach to juvenile justice.

The Chronicle reported most of the inmates who would benefit from the Second Look Bill were incarcerated in the 1990s, during a clampdown on young offenders.

A series of U.S. Supreme Court decisions since the 1990s have given more protection to young offenders.

The U.S. Supreme Court banned death sentences for anyone under 18 at the time of the offense in 2005. The nation’s highest court eliminated mandatory life without parole for juveniles in 2012.

The Second Look Bill would allow the Parole board to look again at the cases of inmates sentenced for serious crimes when they were young. It is not a resentencing measure.

Texas has faced repeated legislation to change the age of adult criminal responsibility to 18.

If your child has been charged with an offense, speak immediately to an experienced Texas criminal defense lawyer.