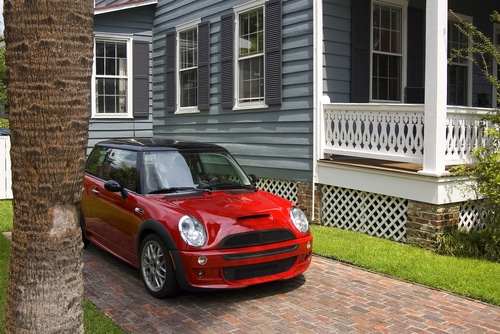 In a May 2018 decision, Collins v. Virginia, the United States Supreme Court held in an 8-1 decision that a police officer couldn’t venture into a private home’s “curtilage” for the purpose of conducting a warrantless search of a vehicle.

The Definition of Curtilage

Curtilage is one of those legal terms you might hear and wonder “what exactly does that mean?” When courts talk about curtilage, they are referencing the area immediately surrounding a home or other building.

Curtilage tends to come up often in Fourth Amendment police search cases, as there are many cases in which police may want to search the area around a person’s home.

The court has long held that a home’s curtilage is protected under the Fourth Amendment, but there is something of a gray area when it comes to just how close police can get to a house without needing a warrant.

When you think about curtilage, you can picture things like your landscaping, your lawn and your driveway. In other words, things you consider part of your private property without them actually extending inside your home.

But what about a storage shed in the backyard? Or a child’s playhouse on the lawn? What about garbage cans sitting at the end of the driveway for weekly trash pickup?

Considering these types of what-if questions, you can probably see how the issue of curtilage can generate many questions about what requires a warrant.

The court created a test for determining whether an area near a home is considered part of its curtilage. In United States v. Dunn (1987), it made a four-part test that asks:

The Fourth Amendment Right Against Unreasonable Searches and Seizures

The Fourth Amendment to the U.S. Constitution gives individuals protection against unreasonable searches and seizures carried out by the government, including law enforcement.

The text actually states, “The right of the people to be secure in their persons, houses, papers, and effects, against unreasonable searches and seizures, shall not be violated, and no warrants shall issue, but upon probable cause, supported by oath or affirmation, and particularly describing the place to be searched, and the property to be seized.”

You’ve probably heard the phrase “a man’s home is his castle.” The Fourth Amendment codifies that into federal law, and the states have codified that into their individual codes. However, there are numerous exceptions to the Fourth Amendment, including the automobile exception.

What Is the Automobile Exception?

The automobile exception to the Fourth Amendment states that police can conduct a warrantless search of a vehicle as long as they have probable cause to think the vehicle contains an illegal substance or some other evidence that supports a crime.

However, what about when a parked car is within a home’s curtilage? This predicament is the question the Court confronted in Collins v. Virginia.

What the Court Decided in Collins

When the police investigated this particular motorcycle, it came back stolen, and the person responsible for the theft had posted Facebook photos of himself on the motorcycle. From there, they were able to track down the location of the home that appeared in the picture. The home belonged to the man’s girlfriend, and police discovered that he regularly stayed at her house.

At the girlfriend’s home, police observed what looked like a motorcycle covered by a tarp in the driveway. They lifted the tarp, ran the plates, and confirmed that it was the stolen bike. When they knocked on the door, the suspect emerged and admitted he had bought the motorcycle without a proper title. Police arrested him.