Teen Jailed for 99 Years at the Age of 15, Appeals Sentence 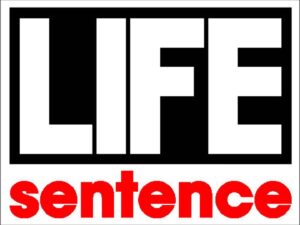 The case of Miguel Navarro, a Hispanic teenager, who was sentenced to 99-years in an adult prison before he could drive or reach high school, has highlighted Texas’ controversial juvenile justice system.

Navarro was just 15 in 2007, when he stabbed a 20-year-old during a fight in Katy, Texas. A Houston Public Media report pointed out it was a confused scene and Navarro and his older brother were subjected to racist abuse and attacked by a group of older party-goers.

Navarro was arrested and charged with murder the morning after the party. His family was poor and he relied on court-appointed defense attorney.

The prosecution sought to try 15-year-old Navarro as an adult. The State of Texas allows juveniles over the age of 14 to be treated as adults if they are charged with certain crimes. Texas has fewer restrictions of treating teen offenders as adults than many other states.

A child may be dealt with in the adult courts for any felony offense. The process is known as juvenile waiver.

The juvenile courts may agree on the waiver when:

In the case of Navarro, the court-appointed attorney argued he would be treated leniently in an adult court due to his youth.

However, the court found him guilty of murder and sentenced him to 99-years.

Navarro’s case is to be heard at the Texas Court of Criminal Appeals. A recent successful appeal has shed new light on the ease with which teenage offenders have ended up in adult courts.

The Houston Public Media article stated until recently Texas has streamlined juvenile certifications. Some lawyers refer to the process as rubber-stamping.

In Harris County, for example, the assessment compiled as part of the juvenile waiver process was a one-page, fill-in-the-blank document. There was little consideration of the individual in question and about 93 percent of requested juvenile certifications were granted.

Figures from the Texas Juvenile Justice Department quoted in the Houston Public Media article found 5,244 juveniles were certified as adults in Texas from 1995 to 2015 – an average of five cases a week over two decades.

The recent case of Cameron Moon v. State of Texas, has led to a change. The Court of Criminal Appeals found an individualized assessment of the teen defendant had not been made before he was tried in the adult courts. Instead, Moon – who was indicted for murder at the age of 16 – had been transferred as matter of procedure.

His defense lawyers argued he could have benefited from the rehabilitation programs inherent in the juvenile justice system. These personalized factors were not considered, the court stated.

The Moon decision led to new legislation and has changed the playbook for juveniles who face waivers to adult courts. An upsurge in appeals is likely.

If you are a young person who has been charged with a serious crime, your future will be in the balance. There’s a wide body of evidence that incarcerating teens in adult jails is more detrimental for them than being in the juvenile system. You should seek the help of an experienced Dallas criminal defense attorney as soon as possible