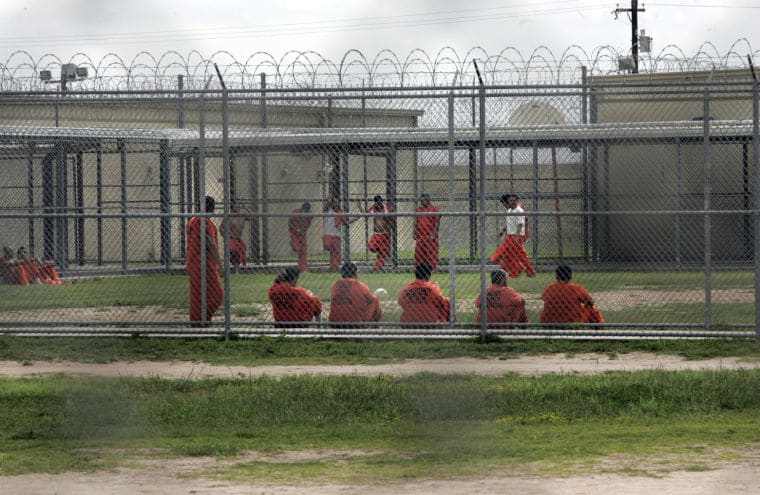 Severe heat at Texas prisons has been linked to deaths and lawsuits. Now Texas plans to move about 1,000 Texas prisoners to cooler cells.

Last week, Texas submitted a plan under a court order to move 1,000 inmates who are sensitive to heat from the Pack Unit near Navasota to other state jails and prisons that have air conditioning.

The Texas Tribune noted the plan followed a ruling by a federal judge against the Texas Department of Criminal Justice  last month. The judge ordered air conditioning for the inmates.

U.S. District Judge Keith Ellison said the temperatures at some jails in the Lone Star State are unconstitutional. He ordered air conditioning for inmates more prone to heat-related illnesses, such as prisoners with heart problems or those taking anti-psychotics that impair the body’s ability to cool itself.

The problem goes beyond the Pack Unit. As many as three quarters of the living areas in Texas’ prisons and state jails lack air conditioning in the areas where inmates are confined.

A report in Houston Press stated at least 21 inmates died from excessive heat in prisons from 1998 to 2011.

That number only includes inmates whose cause of death was specifically linked to the heat, as opposed to those for whom heat was a contributing factor to their deaths.

In 2012, the family of Larry McCollum who died of hyperthermia in the Hutchins State Jail sued the Texas Department of Criminal Justice. The family cited the indifference of prison officials to the inhumane conditions at the prison that contributed to McCollum’s death in 2011, a year when 10 prisoners died of heat-related illnesses.

McCollum was serving a 12-month sentence for the crime of writing a bad check.

He arrived at Hutchins during a heat wave when temperatures at the jail reached 109 to 112 degrees, with a heat index of about 150 degrees for at least four hours on July 19, 2011.

An ongoing class-action lawsuit filed by inmates at the Pack Unit highlighted at least 23 heat-related deaths in Texas prisons since 1998. The inmates claimed temperatures at the prison constitute cruel and unusual punishment. They argue prisons and jails should be kept at a maximum of 88 degrees.

While many inmates still endure no air conditioning, Texas opted to move some prisoners with a proposal for about 500 to transfer to the Diboll Correctional Center and about 425 to go to the Travis State Jail in Austin, according to the proposal. Prisoners who need more intensive medical attention will go to a medical unit in Beaumont. These units already have air conditioning in their housing areas.

The excessive heat at Texas’ lock-ups has been a massive problem for too long. Many of those inmates who died were locked up for minor crimes or were too poor to afford bail. Read more about reforms to the bail system here on our Texas criminal defense lawyers’ website.