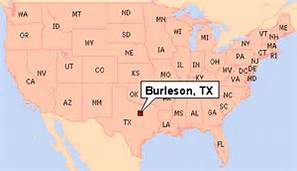 The habitual exposure of children to violence in one Texas town has led the city council to make an assault in the presence of a child a criminal offense.

The city council in Burleson near Fort Worth passed an ordinance with the support of Mayor Ken Shetter, reported The Ada News.

Shetter is the president of the Fort Worth-based One Safe Place, a charity that offers family counseling for assault victims.

Shetter said the partnership frequently encounters children who have experienced or been forced to participate in the trauma of abuse. He describes it as “an epidemic of trauma.”

The fact the new law falls under a city code rather than state law means there are limitations on the potential sentence. The new ordinance in Burleson makes the offense just a Class C misdemeanor with a fine of up to $500.

The fines can be imposed for “unjustified” violence between partners in the company of their children, irrespective of whether they are biological, fostered, or adopted.

Shetter believes about 1,000 children in his town are exposed to some form of domestic violence every year. He would like to see the offense of a child witnessing an assault become a felony and supports similar ordinances across Texas.

Children exposed to violence in their homes can suffer throughout their lives. The U.S. Department of Justice states they are a greater suicide risk and are more likely to become abusers as adults.

According to the Childhood Domestic Violence Association, about five million children witness violence every year in the United States. Children from violent homes are considerably more likely to experience significant psychological problems both in the long and short terms.

According to U.S. Department of Health and Human Services data, 24 states and Puerto Rico have some form of statute addressing the issue of “witnessing by a child.”

The picture is piecemeal and the definitions vary widely from state to state. In 10 U.S. states and Puerto Rico, the law applies to children who are related to or are members of the household of the domestic violence victim.

About 14 state statutes define “witnessing by a child” as a child being physically present who can see or hear a violent act.

The law in Ohio states a crime can occur if it’s committed within 30 feet of within the same house or residential unit occupied by the child. The child does not have to be in the same room or see the assault occurring.

In many of these states, the crime is an aggravating circumstance that leads to harsher sentencing than the original assault.

In Georgia, Delaware, North Carolina, Oklahoma and Utah, it is a separate charge to an original domestic abuse charge.

Read more about assault in Texas and its consequences here on our website.