What is Evading Arrest or Detention in a Motor Vehicle in Texas? 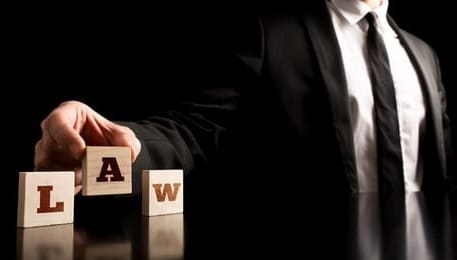 Evading arrest or detention in a motor vehicle in Texas can be a misdemeanor or a felony, depending on the circumstances of the crime.

These crimes are often associated with police pursuits but you don’t have to be involved in a long chase to be charged with the crime.

Over the weekend, a woman was arrested by Fort Worth Police after she allegedly led officers on a 50-minute chase, the Dallas Morning News reported.

Fort Worth officers arrested 35-year-old Colleen Green. They claim she jumped into a car left running outside a gas station in Fort Worth while the driver was inside paying for gas early Sunday morning. Green was arrested in Johnson County.

Police took the woman into custody on Interstate 35 in Johnson County. She was booked into Fort Worth jail. Records indicate she faces charges of motor vehicle theft and evading arrest.

The charges of evading arrest or detention in a motor vehicle are defined in Title 10, Section 38.04 of the Texas Penal Code.

A suspect commits the offense of evading arrest or detention if he or she “intentionally flees” from a person he (or she) knows is a peace officer or federal special investigator attempting lawfully to arrest or detain him.

Escaping from the police on foot is a first-degree misdemeanor in Texas. If the accused uses a vehicle or a watercraft to flee the scene, the offense is a state jail felony – essentially a fourth-degree felony. This offense carries a punishment of 180 days up to two years in prison and a fine of up to $10,000. Police chases are often at high speeds and cause dangers to other road users. If someone dies during a police chase, the defendant can be charged with a second-degree felony. If the chase causes a wreck with injuries, the defendant may be charged with a third-degree felony.

A subsequent charge of evading arrest or detention in a motor vehicle in Texas is a third-degree felony. You may end up spending as long as 10 years behind bars and have to pay a fine of up to $10,000.

There are some gray areas in this crime. Although a defendant involved in a 50-minute pursuit will struggle to make a case he or she did not realize a pursuit was taking place, drivers often initially fail to notice a police officer has tried to stop them.

When a police officer tries to make a stop you should pull over to the nearest safe location. Congestions, heavy traffic, bad weather or injuries to a driver may prevent the motorist from pulling over immediately.

There are a number of defenses to evading arrest or detention in a motor vehicle. As well as claiming the delay was due to the need to find a safe place, the police officer may have lacked probable cause to make the stop in the first place. If a police officer is threatening or violent, you could claim self-defense.

If a police vehicle is not clearly marked or an officer fails to give his or her identity, you may not realize you were being pursued by a law enforcement official.

At Broden & Mickelsen, our criminal defense team has represented many people charged with evading arrest or detention in a motor vehicle. Please call us at (214) 720-9552.