What Should I Expect at a Criminal Sentencing? 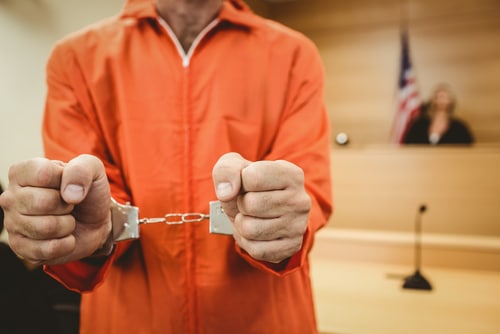 Once someone has been convicted of a crime by a judge or jury, his or her case moves on to the sentencing stage. In the event an individual accepts a plea bargain, they will also go through the sentencing process. An individual is also sentenced if they take a plea bargain from the prosecutor. Most people are unfamiliar with the criminal justice system as a whole, and it’s rare that a criminal defendant knows what to expect during the sentencing phase of their case. In most cases, the judge has some discretion concerning what kind of sentence to impose. It goes without saying, that it is in a person’s best interest to work with an experienced Texas criminal defense lawyer throughout their case.

Not every case results in a prison sentence. In fact, there are many different types of possible sentences you may encounter if convicted. One of the main factors that will determine whether you serve any amount of prison time is whether you’re convicted of a misdemeanor or a felony.

What Are Felonies and How Are They Different from Misdemeanors? – Says Dallas Criminal Lawyer Mick Mickelsen

In Texas, Class A misdemeanors can result in up to one year in jail, and Class B misdemeanors can land a defendant in jail for up to 180 days. By contrast, a first-degree felony prison sentence can range from five years to life without the possibility of parole. As you can see, this is a broad range, and various factors determine how long an individual is likely to spend in prison.

The type of sentence you will receive depends on many different factors, including if you have a prior criminal record, the type of crime you committed, whether you have expressed any remorse for your crime, and what kind of facts surrounded the crime itself. For example, if you used a deadly weapon to carry out the crime, that fact alone could result in a harsher sentence than you might receive if you didn’t use a weapon.

Judges have several options when it comes to imposing a sentence. In addition to the evident jail or prison time, they can also choose to impose fines on the defendant. In cases involving financial crimes like fraud or stolen identity, they might order the defendant to pay restitution to the victim.

It’s also possible that the judge may order the defendant to serve a suspended sentence, which means the sentence is put on hold as long as the defendant satisfies certain conditions. This scenario is particularly common for first-time offenders with no previous criminal record.

State Laws Vary When it Comes to Sentencing

When initially charged with a crime, one of the first things you might do is check online to determine what kind of possible sentence you are facing. While the internet is full of pretty useful information, it’s not always a good idea to get details of this magnitude online.

The reason not to rely solely on the internet is that criminal codes vary widely from state to state, and many different factors that could play a role in your case. As The Marshall Project points out, it’s possible for someone who carries out a $300 theft in Florida to serve prison time, whereas someone in Wisconsin would need to steal $2,500 to see the inside of a prison cell. Additionally, theft of $300 is a felony in the Sunshine State, but it’s a misdemeanor in most other states.

If you’re charged with a crime, you could be facing strict sentencing under the United States Federal Sentencing Guidelines set forth by the U.S. Sentencing Commission. The Guidelines are periodically revised, and the Supreme Court has held that judges are to consider them as advisory rather than mandatory, but most federal judges routinely adhere to them.

When judges in federal court consider a sentence, they typically base their decision on two factors: the type of offense and the conduct surrounding it, as well as the defendant’s criminal record or lack of one.

The Guidelines also permit judges to depart from the Guidelines in certain cases. Depending on the facts of the case, a judge may decide to impose a harsher or more lenient sentence.

For example, if someone was killed during the commission of a crime, the judge may deviate from the Guidelines and impose a stricter sentence. On the other hand, if the defendant committed the crime under duress, or the defendant can show that he or she has a diminished mental capacity, the judge could very well depart from the Guidelines in the other direction by handing down a more lenient sentence.