The indictment naming Detective Bertha Zaidle was among 32 handed down by the grand jury.

“As of (Thursday), Detective Bertha Zaidle has been placed on administrative leave with pay pending the resolution of an internal affairs investigation and the outcome of the criminal charges against her,” Cox said.

Zaidle was at the center of controversy during the early June trial of Gwen Manske, the former CISD counselor accused of the sexual assault of a 15-year-old boy she was keeping in foster care.

In that trial, District Judge John Jackson issuing a written ruling covering issues Zaidle could testify about and areas she had to stay away from during her June 2 testimony.

The No. 4 item in Jackson’s ruling stated: “The Court will not allow testimony relative to contacts with Ms. Manske to the effect that ‘she needed more time’ or that she ‘wanted to consult with counsel’ or anything else related to her decision not to cooperate with any investigation.”

Zaidle included information in that area as part of a response to a question made by assistant district attorney Amanda Doan. Defense counsel F. Clinton Broden of Dallas immediately objected and made a motion for a mistrial, a motion he later withdrew.

But Judge Jackson ruled a mistrial anyway, saying “irreversible error” had occurred that would render any decision in that trial worthless upon appeal.

During cross-examination of Zaidle, Broden asked Zaidle if she knew what the ruling allowed and forbid her to testify about. Zaidle said she did.

He then asked her if she had been instructed that she could not testify about Gwen Manske’s desire to speak with her counsel before answering questions from Zaidle during the 2004 investigation of sexual assault allegations.

Zaidle said she had not been instructed in that fashion.

But moments before, Judge Jackson had granted a short recess to allow Doan and fellow assistant district attorney Bill Price the opportunity to give those instructions.

After Zaidle stepped down from the stand and left the courtroom that day, Price read into the record his own comments noting that Doan had specifically instructed
Zaidle about the particulars of the ruling.

Chief Cox responded angrily to events that transpired during the trial, speaking to the Daily Sun for a June 4 article, saying “In a room full of attorneys, the only person that made a mistake was a police officer. Isn’t that strange?”

Special prosecutor Henry C. Paine Jr. presented the case to the grand jury. A former assistant U.S. district attorney, Paine is a defense lawyer in Denton. He was appointed by Judge Jackson after Navarro County District Attorney Steve Keathley remove himself from the case.

Keathley made the decision to step aside well before the charge came before the grand jury, citing the possibility personnel from his office would have to testify at grand jury proceedings.

His concern proved well founded when Doan was called for her testimony about the June 2 incident before the grand jury Thursday.

Zaidle was called by the grand jury bailiff for her testimony, but she did not attend grand jury proceeding.

Loyd Cook may be contacted via e-mail at [email protected] 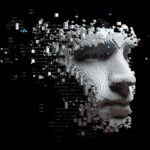