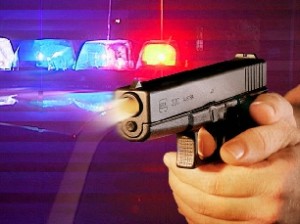 Complaints against Dallas Police Department are not uncommon. Now one man is suing the city and two police officers alleging they shot at him with no reason.

The Dallas Morning News reported how six months ago David Blair first claimed Dallas police officers shot at him for no reason. He is suing officer Jesse Aquino and Richard Cantu and the city.  The lawsuit filed in Dallas federal court asks for unspecified damages.

Blair said last October he moved with his family and 3-year-old son to a new apartment in east Oak Cliff, he stepped outside to talk on the phone when Aquino and Cantu “shined a light in Blair’s face, which prevented him from knowing what was happening in front of him.” Blair asked the officers to take the light out of his eyes and the officers removed it.

According to the lawsuit, Blair said he moved back into the apartment and recounted what had just happened to his son’s mother. He told her he was going back outside.

Blair says he took members of his family to a bedroom and dialed 911, according to the Dallas Morning News.

The suit said an officer contacted Blair and asked him to tell everyone in the house to go outside. “He said he was arrested as well as his child’s mother for no lawful reason.

The lawsuit claimed he was taken in for questioning, verbally and physically abused by officers, then finally released without any charges filed. Aquino and Cantu were subsequently placed on administrative leave and later allowed to return to work.

Blair alleges in the lawsuit the two “caused his unwarranted and excruciating physical and mental anguish,” due, in part, to bad training provided by the Dallas Police Department. Blair is also alleging racial profiling and assault and battery.

In a separate incident, the Dallas Morning News reported a former Dallas police officer has been indicted by a Dallas County grand jury on a charge of aggravated assault after a shooting incident involving an unarmed man in a stolen car late last year.

Senior Cpl. Amy Wilburn is believed to be the first Dallas officer to be criminally indicted in a police shooting for more than 40 years. In 1973 Officer Darrell Cain was indicted in the 1973 fatal shooting of 12-year-old Santos Rodriguez. Cain was later convicted of murder and sentenced to 5 years in prison.

Last year disciplinary action was taken against a Dallas police officer after an internal affairs investigation concluded he had been untruthful in his account of the shooting of a mentally ill man.

Society expects high standards from its police officers. However, there have been a number of recent cases in Dallas in which their conduct has fallen below what is acceptable.