How Murder and Felony Murder Are Defined in Texas 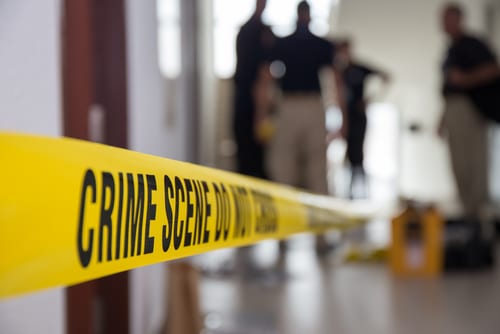 Any charge of murder is serious, but the type of murder charge has an impact on your case. Find out the difference between murder and felony murder in Texas.

Criminal offenses that coincide with the loss of life result in charges that are among the most serious a person can face. In the state of Texas, these criminal offenses can be charged as murder or felony murder, depending on the circumstances of the case.

While a conviction for either crime can carry severe sentencing, understanding the distinction between the two is critical when forming a defense.

What Is Felony Murder vs. Murder?

Charges of murder and felony murder both fall under the umbrella of Chapter 19 of the Texas Penal Code – Criminal Homicide. To answer how a felony murder charge compares to a standard murder charge, let’s look at how the two crimes are defined.

According to the Texas Penal Code, an individual who commits murder has

The Texas penal code defines various types and degrees of murder, one of which pertains to the last element in the above description classified as felony murder.

Felony murder occurs when death is caused during the attempt, execution or fleeing the scene of a felony crime, other than manslaughter.

An example might be two people who were committing a felony or crime, such as robbing a bank, and upon getting in their vehicle to flee the scene, struck and killed a pedestrian crossing the road. Since the loss of life occurred due to the perpetrators fleeing the scene, this would be considered felony murder.

It is also possible to be charged with a felony if a loss of life results from the actions of an intoxicated driver. In the state of Texas, a person’s first two DWI offenses are considered misdemeanors, but if a person commits a third DWI offense, it becomes a felony.²

For example, someone who has been charged with DWI twice decides to drive their vehicle while intoxicated and causes an accident that results in the death of another person. At the scene, law enforcement discovers that the driver was drinking and charges the individual with a DUI.

Since this is their third offense, it becomes a felony that automatically elevates the charge for the resulting loss of life to felony murder.

Murder is a serious crime, and therefore, so are the penalties that come with a murder conviction. Murder penalties in Texas also carry the possibility of capital punishment, understandably reserved for only the most serious crimes.

All classifications of murder are considered first-degree felonies in the state of Texas. Depending on the degree of murder charges and the circumstances of the case, a person found guilty of murder can be sentenced with 5 to 99 years in a state prison or a fine not to exceed $10,000, or possibly both.

If, at the sentencing stage, the defendant can provide adequate cause and reason to believe that the crime was committed in the heat of the moment, the charge may be reduced to a second-degree felony, which carries a penalty of 2 to 20 years in a state prison and/or a fine not to exceed $10,000.

As with all felony crimes, murder and felony murder defenses can be approached in two different ways. The first is for the defendant, under the guidance of his or her legal team, to admit guilt for the crime and enter a plea for a reduced sentence. This route is often in the best interest of the defendant when evidence is strong enough to assume the return of a guilty verdict from the jury.

Charges of murder or felony murder are taken very seriously by the state of Texas. Someone facing these charges needs to be prepared with a leak-proof defense strategy. A Dallas criminal lawyer for murder crimes should be the first person on their contact list.

Individuals facing murder or felony murder charges are entitled to legal representation. To protect and defend your freedom from a murder charge, visit Dallas top-rated criminal defense lawyers to represent your case.