Understanding the Role of the Court of Appeals in Texas 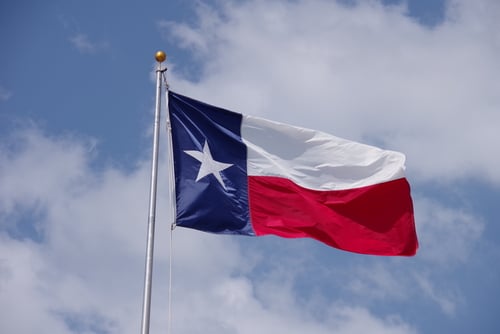 What is the role of the Texas Court of Appeals and can an appeal change the verdict or sentencing in your criminal case? Find out what you need to know about here.

In the United States, our judicial system operates on both a state and federal level. States have the ability to make their own laws and to make sure these laws are upheld in a state level court of law. Likewise, there are federal laws and a federal court system. Within these judicial systems exists another type of court, called the court of appeals. For anyone facing a trial for either state or federal charges, it’s important to understand the role of the court of appeals in the judiciary process.

What Is the Role of the Texas Court of Appeals?

When a verdict is issued in a criminal trial, we often think of it as being the final say in the case. The reality is that the verdict and sentencing that are issued at the end of a trial aren’t always representative of the final outcome. There are cases in which the defendant disagrees with the outcome and can file a notice of appeal. At this point, it’s crucial to understand the role of the Texas court of appeals in the process.

Currently, there are fourteen courts of appeals in Texas, each covering a district that includes multiple counties. When a motion for appeal is filed, it is then transferred to the appropriate court of appeals. It is then the responsibility of the appellate justices to review each appeal and determine if sufficient grounds exist for a verdict or sentence to be modified or overturned. (1)

It’s important to note that the court of appeals looks at the appeal strictly from a legal standpoint. Meaning that their responsibility is to look for discrepancies or errors in the criminal trial process that likely played a role in the outcome.

For instance, the court of appeals is not interested in observing new evidence or testimony but rather are there to examine whether the inappropriate handling or omission of evidence could have influenced the outcome of the case.

Because the court of appeals only issues a modification in cases where legal error can be firmly established, a majority of motions are not granted.

Next Steps in the Texas Appellate Court System

In the event that an appeal has been denied, there are further options that can be pursued in the Texas appellate court system. The prosecution or defense that was unsuccessful initially has 15 days to file a motion for a rehearing.

In the event that the motion for a rehearing is denied, the filing party then has 30 days to petition for a discretionary review to be conducted by the Texas Court of Criminal Appeals.

The review process that occurs at this level of appellate law is more detailed. Any party that has filed a motion for a discretionary review should have prepared a detailed report explaining why further review is warranted. This should include specific details about the legal errors in the case and the weight of their significance. At this stage, appellate justices are looking for counsel to firmly establish what makes their case so unique or specialized that the initial ruling by the district court of appeals was not sufficient.

Should You File a Motion for an Appeal?

The primary role of the court of appeals is to support the constitutional protections that every citizen of the United States is entitled to, including the right to a fair trial. Their job is to review evidence that the trial process proceeded in a manner that was weighted toward one side based on legal errors or mishandlings.

If you’re on the losing side of a criminal case, it’s common to look at any and all options for reversing the jury’s or judge’s decision. There are details about your case that will determine whether it has a reasonable chance of withstanding the review process within the court of appeals or if another option is best suited for your situation.

It’s important to note that a motion for an appeal is not a suitable option in every criminal case. Your best option for determining if a case review by the court of appeals is in your future is by working with an experienced appellate attorney who will thoroughly review your case.

Working with an Appellate Attorney in Dallas

The Appellate process is complex and your best chance of having your verdict or sentence modified or overturned is by working with a knowledgeable, experienced appellate attorney in Dallas through the Law Offices of Broden & Mickelsen.

Appellate law is a specialization that not every defense attorney has experience in. If you have questions about the appeal process and how you can challenge the outcome of your case, contact an attorney that has a proven record of success in appellate law.