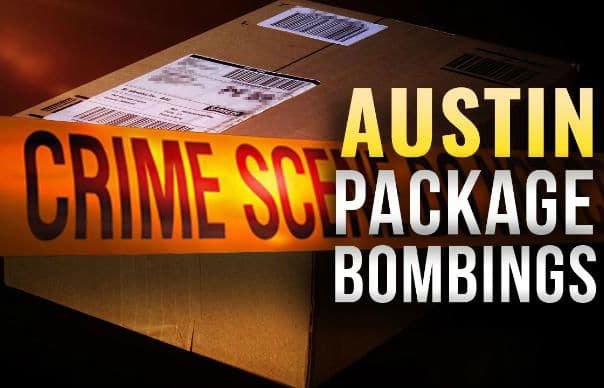 Hate crimes have been spiking across the United States in recent years. Police believe deadly explosions that killed two African-Americans in Austin may be hate crimes.

Packages containing bombs exploded in the city over a 10-day period. One detonated on March 2 and two 10 days later killing two people and injuring two others.

Then on March 18, an explosion possibly triggered by a trip wire seriously injured two men in Southwest Austin heightening fears a serial package bomber is targeting the city’s residents.

All of those injured in the first three explosions were African-American and Hispanic, but police said they lack a motive.

Austin Police Chief Brian Manley addressed a town hall meeting in East Austin, where two of the bombings occurred. He told the meeting organized by the Austin Justice Coalition, a grassroots organization that addresses social justice and the criminal law, the attacks may have been hate crimes.

While police were not ruling in or out the possibility that the explosions were hate crimes, local residents fear they are being targeted.

“We do feel targeted. Until it happens to somebody that is not a person of color I think that is going to remain the same.”

The AJC referred to racial tensions in the city of Austin. As more affluent, college-educated professionals head to Austin, it claims people of color are being pushed out of historically black neighborhoods like East Austin, reported CNN.

The packages were not delivered by U.S. postal service workers or other official mail services. They were left outside homes.

The first explosion went off on early March 2, killing Anthony Stephan House, a 39-year-old African-American man. He was picking up the package outside his home in north Austin.

The second blast was reported at 6:44 a.m. on March 12. It claimed the life of 17-year-old Draylen Mason, an aspiring doctor and musician. Mason was also African-American.

The third explosion occurred on the same day. The blast seriously injured a 75-year-old Hispanic woman in East Austin. She found a package on a porch and picked it up. Police said it was not clear if the woman was the intended victim.

Texas has had a hate crimes law on its statute books since 2001. However, the law leads to very few prosecutions.

The James Byrd Jr. Hate Crimes Act was passed after the killing of a black man by white supremacists in 1998. The act allows prosecutors to attach sentencing enhancements to alleged hate crimes.

Under the law, a perpetrator who acted out of bias toward a victim due to his or her color, race, religion, disability, national origin or ancestry, age, gender, or sexual preference, can be charged with a hate crime.

A report on ABC News noted since 2001 a hate crime finding has only been requested of the courts in Texas on 26 instances.

Hate crimes were only confirmed by a judge or a jury in 23 instances, according to the Texas Office of Court Administration. Hate crimes may be rising across the U.S. but they continue to go underreported in Texas, reported the Houston Chronicle.

Hate crimes may also be brought at a federal level. Last year, a man from Texas was indicted on federal hate crimes over a fire that destroyed a mosque in Victoria in Texas.

If you have been charged with a hate crime in Texas, it’s important to contact an experienced criminal defense lawyer.